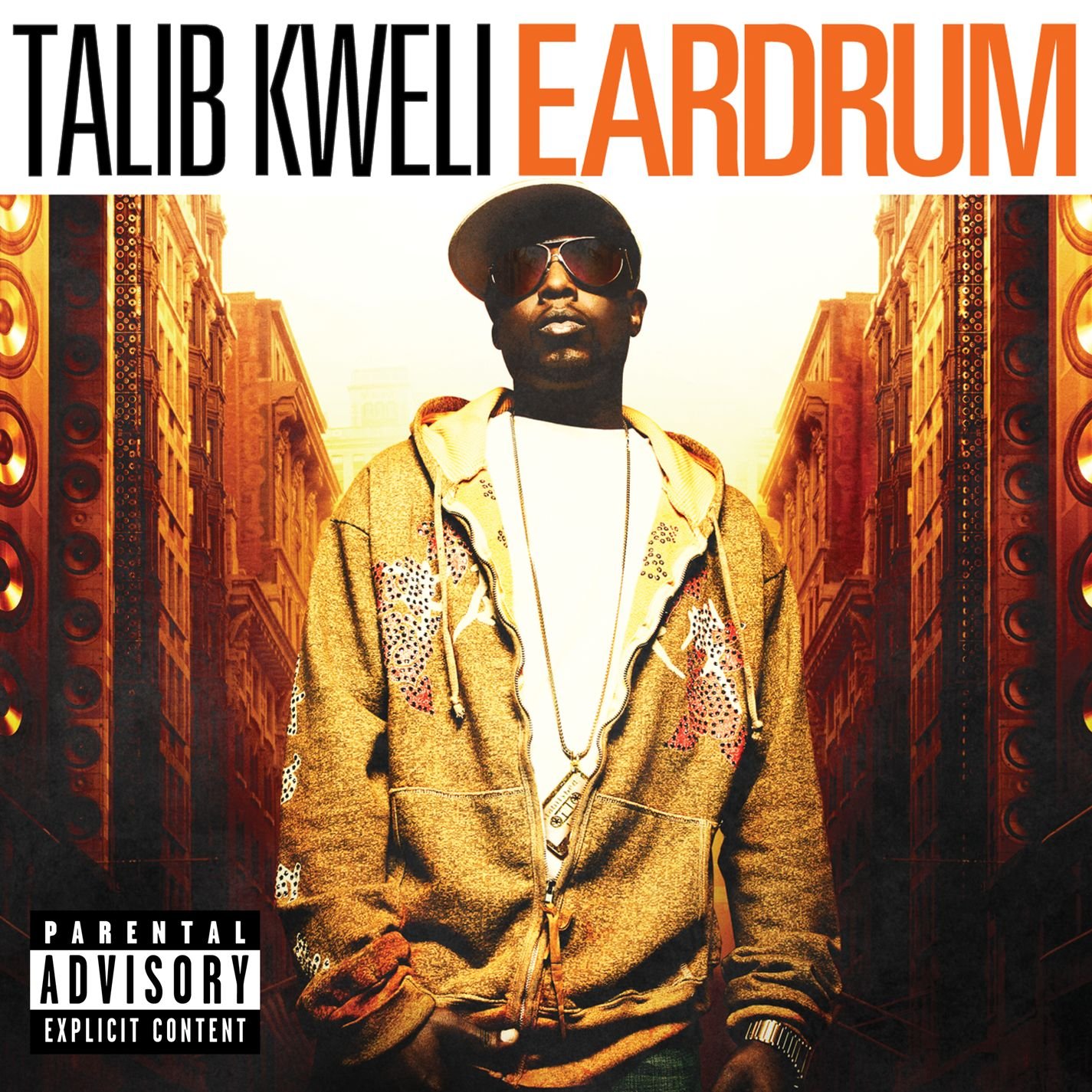 One of the best-known and most acclaimed rappers in hip-hop, Talib Kweli makes his Warner Bros. debut with his first album on his own label, Blacksmith. Eardrum, his fourth solo album, delivers music that matters, that both sparks the mind and makes the body move. Solidifying Kweli's status among rap's most talented and important voices, Eardrum deserves to be heard.

In the "conscious" rap game, even mid-list mainstreamers tend to get all but shut out of the highest-profile vehicles for hip-hop (BET, MTV, urban radio). Among these, Talib Kweli remains that exemplary liminal artist, one foot in the artistic purity of his underground roots and the other planted firmly in business of popular culture. Recent albums--The Beautiful Struggle and Right About Now--disappointed fans and critics alike, but Ear Drum marks a milestone in the Kweli catalogue. Wisely chosen collaborators (Kanye West, Roy Ayers, Jean Grae, Pete Rock, KRS-One, even Justin Timberlake and Norah Jones), accessible beats, and Kweli's staple of insightful, rhythmically drilling lyrics conspire to create his best outing since 2002's Quality. Blatantly front-loaded, Ear Drum's early tracks clearly outshine its back half. "NY Weather Report," "Say Something," "Holy Moly," and especially "Hostile Gospel Pt. 1" plainly sear, the latter two establishing the repeating theme of Kweli's tenuous relationship to religion. As Kweli himself makes clear in his first line on Ear Drum, "They say you can't please everybody," and plenty of sleepers lurk among "i"Ear Drum's 20 cuts, but the standout tracks suggest that Kweli has bounced back from declining relevance with all cylinders firing. --Jason Kirk